An Affiliated Society of the Western Australian Genealogical Society Inc.

The Person sitting is one of our members’ grandmother’s brother-in-law, although he sends the photo to his sister.  His name is Colin McPherson #5023 of the No. 3 Tunneling Company.  He was captured at Loos on 5th January 1917 and spent the rest of the war in a Prisoner of War Camp.  In a book called ”Crumps and Camouflets” by Damien Finlayson, it says the camp was Dulmen Prisoner-of-War Camp in Westphalia, Germany.  Unfortunately, at this time, we are unable to identify the other two men. 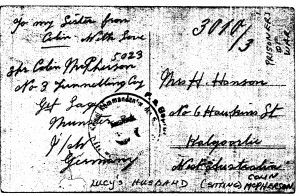 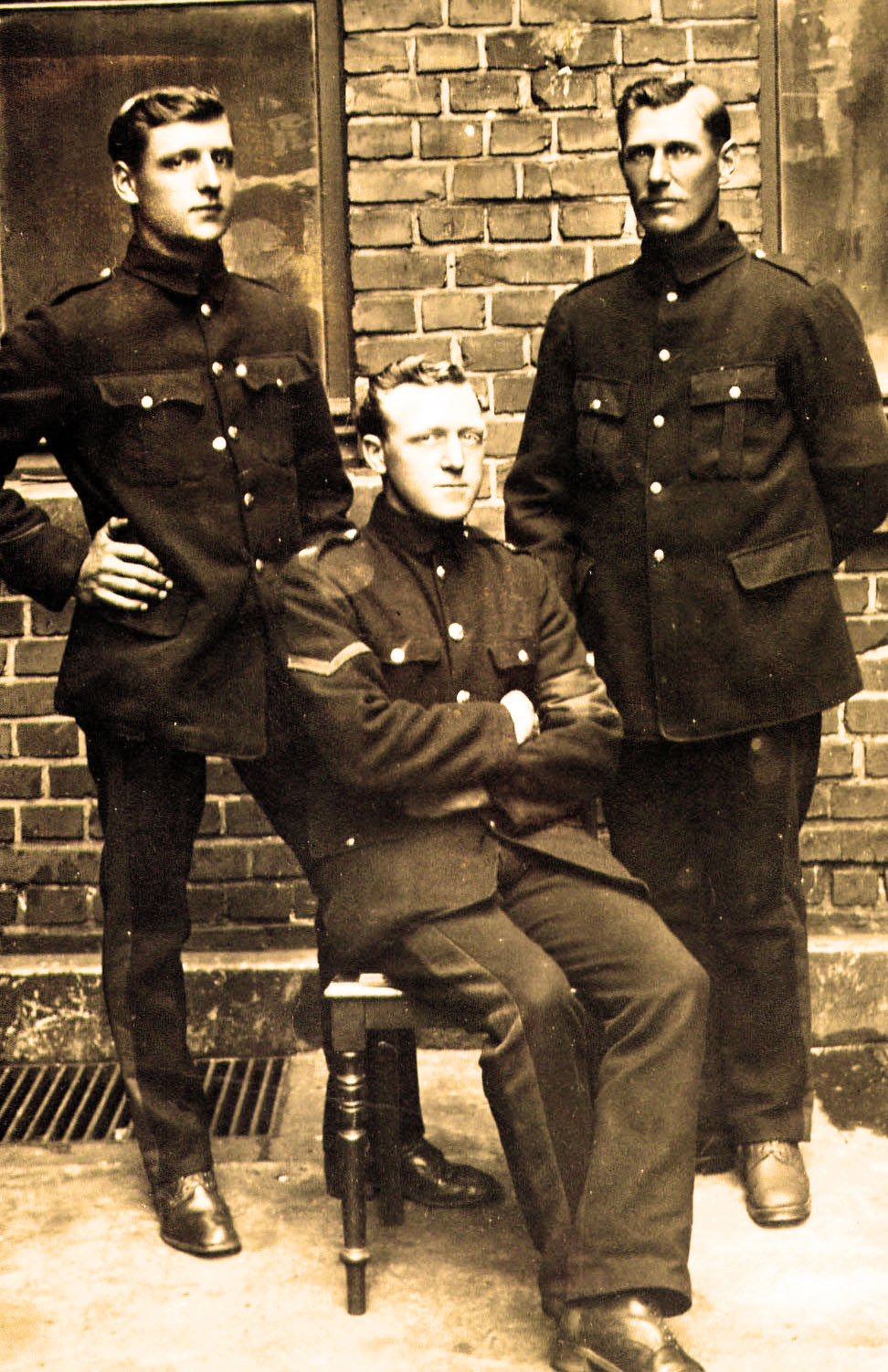